The Bishop of Durham, Paul Butler looks back on his first links with Scripture Union and the impact the organisation has had on his own family.

As 18-year-old about to head off the university, Paul Butler had a phone call that would change his life. He was asked to help with a church holiday club near Rochester in Kent run by Scripture Union evangelist, Dai Lewis.

“My first impression was that it was fun. It was exciting. It was great to be able to share Jesus with children in a way that used arts and craft, drama and games and storytelling.” The theme of the week was Treasure Seekers and the children explored stories in the Bible with hidden treasures like the lost coin and the pearl of great price.

“It was fresh and new and engaged with the local church. At that time in 1974 holiday clubs were quite revolutionary – there were no published materials – it was a new thing.”

Later that summer he found himself helping out at a Scripture Union Camp, called Longbarn just outside Tonbridge in Kent, which was run for many years by Dai Lewis. Children aged between eight and 11 were welcomed to a field and 50 acres of wood where they would stay for the week. Paul explained, “It was the first time Scripture Union had run camps for that age group that were more than a weekend away and many thought it wouldn’t work. Water was brought in on the back of a tractor and there was no electricity.” Despite this, it was one of the best experiences he’d ever had and he went on to be involved in Longbarn camps for the next 30 years.

Paul believes Christian camps for children and young people play a vital role in developing faith. “One of the things about camps and residentials is that you create a temporary community,” he explained. “It is the creation of this temporary community that leads to so many people finding faith and growing and maturing in that context. I think camps and residentials are a fabulous way of sharing faith and helping people grow.”

Paul was so impressed with his experience of Longbarn camp that a few years later he decided to set up a week long camp at the site especially for children aged 8-11 from the East End of London. Now called Longbarn East End, the camp grew out of a two-year project with local churches led by the previous Director of Scripture Union International, Janet Morgan. At the time Paul was a curate in Wandsworth and soon after the first East End camp he joined the staff of Scripture Union in the UK, working alongside Janet Morgan in the Missions department.

Paul said, “Longbarn East End was deliberately set up as a partnership between local churches in the East End and Scripture Union to provide a holiday in a Christian context for children who were unlikely to get holidays at that time.”

Paul and his wife Rosemary continued to run the camp each summer for many years, only stepping down when Paul became the Bishop of Southampton. But their children never gave up going and now their eldest daughter and son, Caroline and David run the camp with help from their younger sister Sarah.

“The family would say going to Long barn has been a vital part of their Christian growth and they are still involved and leaders on it, so it’s been a massive influence,” he said. “It’s part of what has given them a passion for Jesus and the Bible. It’s where they’ve learned vast amounts about working with children. They’ve learnt loads about teamwork. One of the great things for me about the camps is that they are great growers of teams and help people learn to work together.”

“I had a letter not long ago from someone now in their 30s who came as a leader to Longbarn as a teenager, they wrote, ‘I look back and see that was where I learned to be a leader for the first time and I wouldn’t be the leader I am now if it hadn’t been for Longbarn.’”

Paul and his family are still very connected with the annual camp. One young woman from the East End who attended the camp as a child is now sending her daughter for the week. He said, “She went through a really difficult patch as a teenager and had a baby as a teenager. That baby is now eight years old and as a mum, she says the one thing she really wants for her child is to go to an SU camp – to go to Longbarn – because it was the best thing she ever did as a child.”

Paul believes it is the pioneering spirit and great concern for children begun by Josiah Spiers that is a still a hallmark of the organisation.

He said, “Josiah Spiers in the middle of the Victorian era did not use church buildings because he was worried that people wouldn’t come or they would be put off thinking it was about trying to fill the church rather than hear the Good News of Jesus.”

“I think Scripture Union is still growing around the world because it is clear about what it’s there for. It has clear direction. It is focusing on sharing the Good News of Jesus with children and young people and families. It wants people to encounter God through the Bible. It’s always been willing to adapt to changing cultures and settings and it has never shied away from doing new things and taking risks.”

During his years working for Scripture Union in the UK Paul made connections with Scripture Union movements around the world and linked up with volunteers and staff from other parts of Europe, Africa and Russia.

Talking about the international side, he said, “It was a fantastic family – absolutely fabulous family. With a real sense of core commitments to the Bible and to children and young people and their families. Two things drive us as an international movement – these are our passions. Helping children and young people meet Jesus and grow as disciples through engagement with the Bible.”

“It is worked out differently in all the different countries but we recognise each other because there is a commonality about the shared vision and the values across the organisation – the twin vision of reaching Children & young people and the Bible and the shared values are why I think Scripture Union International works.”

Across the world, Paul says the organisation has an enviable reputation, particularly in East Africa. “Lots of Christian leaders in East Africa identify Scripture Union as part of their growth as Christians. They say, ‘One of the things SU taught us was ‘integrity’. You can trust an SU person. You can trust SU as an organisation because the integrity is always there..’ I hear comments like that from many African leaders when I travel around.”

Seven years ago he was asked to become president of Scripture Union England & Wales, a role which involves chairing the advisory council for SU England and Wales.

“My hope is that Scripture Union will keep its vision clear.” SU England & Wales recently launched a new campaign called ‘the95’ which is focused on reaching the 95 per cent of children who don’t attend church. He said, “The 95 is a really great thing, taking the Gospel to where the children are here in the UK.”

“I hope SU will stay strong as an international family that keeps learning from each other and keeps its values clear and strong.”

“When I was working for Scripture Union as an inner London evangelist there were sectors of the church who weren’t sure about working with us. I worked with every denomination under the sun. They all said, ‘You know what we love about SU, you work with children where they are and you work with churches where they are and you don’t actually have to make it happen in a particular way. You actually work alongside us.’”

According to Paul Scripture Union has a brilliant record at working with children and young people alongside churches of every flavour. He hopes this partnership will continue as the organisation heads into the adventure of its next 150 years. 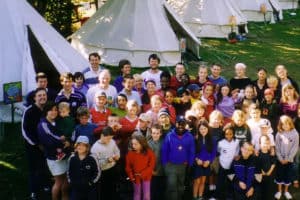 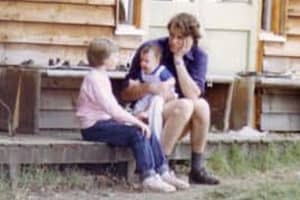 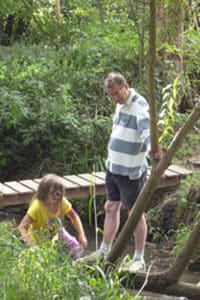